Located in the Clock End of the stadium, ‘Dial Square’ has been refurbished for the 2018/19 season. Named after the Woolwich Arsenal Armament Factory's football team, which was formed in 1886, this new informal space has an industrial spirit that centres around a social courtyard, inviting fans to arrive early to the stadium and immerse themselves in the matchday build up.

In fact three sign writers were engaged on site for nearly three weeks to complete all the traditional signwriting elements. 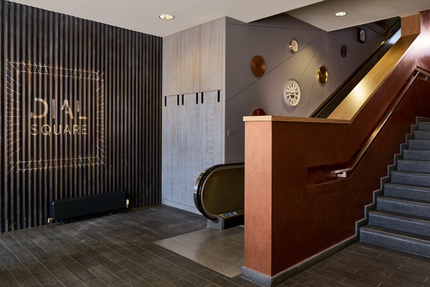 Jay Stephen from 20.20 commented: “Working with both Principle and Portview on Dial Square has been an amazing experience. The finish they achieved in the space is incredible and we cannot thank them enough for realising our vision on this dream job!”

The Principle team have worked alongside 20.20, Portview and Arsenal since 2010, and have previously completed projects for The Club Level, The Royal Oak, Upper and Lower Concourses, The Academy Training Ground and The Hub. 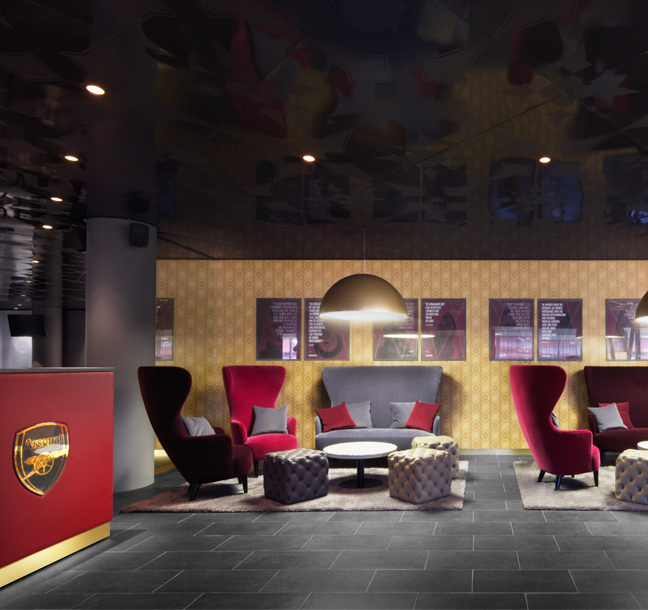 Internal rebranding programme for the Emirates Stadium included several hospitality areas and the 'Arsenalisation' of the venue.