Principle was appointed to deliver internal rebranding to the West Ham Olympic Stadium.

Four years since hosting one of the most successful Olympics, the Olympic Stadium in London has now been transformed for new tenants, West Ham United Football Club.

Principle were responsible for branding several hospitality areas including inlaid medals into a wall and inlaid football studs to create a score line.

We enjoyed developing and implementing this fun scheme at such a fantastic venue. 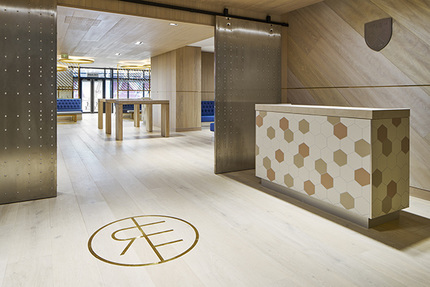